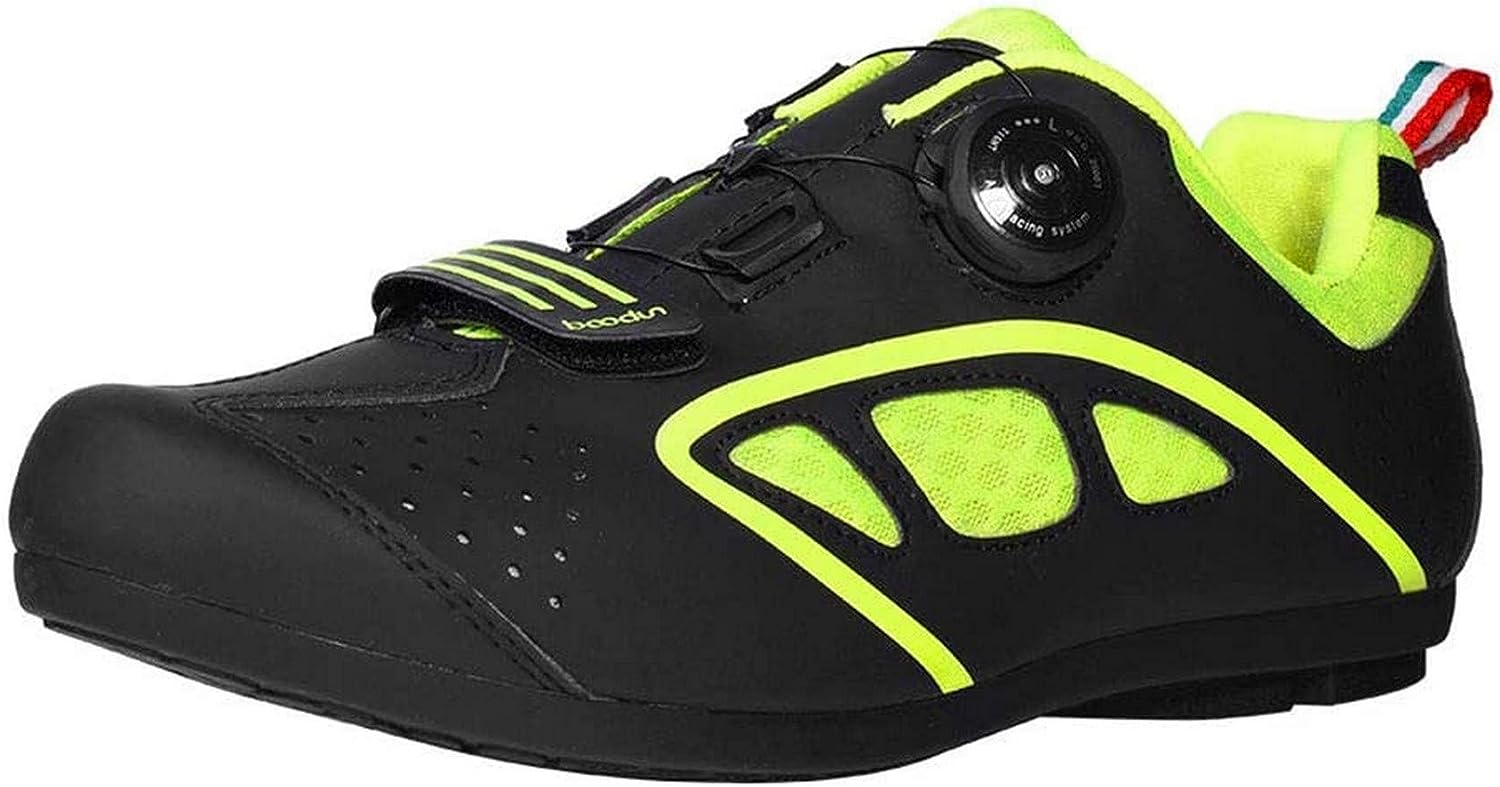 :
Cycling shoes is lightweight, wear resistant, non-slip and breathable, Suitable for biking, commuting, or touring. The Rotating shoe buckle works perfectly with the upper to fit the rider\u2019s foot like a glove

Please Attention:
1. People's two feet are almost the same, please refer the larger one as the measurment standard"br"2. If tho feet are a littit wide or narrow, fat or thin, please choose the largor or smaller size or according to your special situation to choose the size"br"